Not everyone gets to sing to music legends Quincy Jones and Isaac Hayes. But then nobody has a voice quite like Gita.

Born and raised in the tiny mid-Atlantic paradise of Bermuda, Gita’s unique talent is loved and recognised far beyond its fabled pink shores. The petite contralto fuses jazz and R&B into a style all her own with an appeal crosses over genres and generations.

Gita is used to keeping such illustrious company. In 1999 she was asked to perform at a birthday celebration for soul legend Isaac Hayes at the Copacabana in New York City. Isaac called her performance “incredible”. During her career she has opened for such stars as Gladys Knight, John Legend, Jonathan Butler, Lee Ritenour, Herbie Mann, Cassandra Wilson, Chris Botti and Angie Stone.

Gita draws from a variety of truly talented influences, which are reflected in her developed stage presence, vocal control, and versatility. These influences, a combination of traditional jazz singers and contemporary stylists include the legendary Sarah Vaughn, Nancy Wilson, Shirley Horn, Gladys Knight, Sade and Barbara Streisand.

Most of all, Gita sings about life and love from the heart. “I would like to have the authenticity of my spirit be captured through my music,” she says. “I want to touch the world!”

Indeed, in November 2008 she did perform for the world … or at least the residents of The World, the world’s only luxury floating private community during its stay in Bermuda. Gita and the Tony Bari Trio were invited to perform again on the ship in 2010.

Gita has released two critically acclaimed CDs, Angel Eyes and My Favourite Things and performas regularly throughout Bermuda and abroad. She was also featured on the CDs, “Inside my Mind” by Vic Glazer, and “Christmas in Bermuda”, by Lynda Lovett.

Gita speaks French fluently, having studied it formally in a Canadian University, with subsequent tutelage at the Université de la Sorbonne in Paris France where she made her home for a period of two years. Gita has a passion for the fine arts, and has received formal vocal and dance training.

Gita remains closely connected to the community in Bermuda and is presently Regional Vice President of addiction treatment centre, Caron Bermuda. She is also an owner of Flowers by GiMi, a luxury floral design and customized gift boutique.

With her dynamic drive and determination Gita’s career promises to be a long and successful one that reaches far beyond her beloved Bermuda! 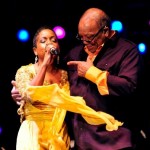 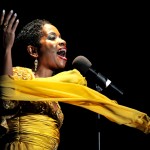