Joy T Barnum is a self-described daughter of ‘hippy and missionary parents’ and her vocals encompass the passion, richness and complexity of her personal experience. Joy’s culturally diverse background is reflected in the range of her musical styles from rock to country, gospel, jazz and opera.

She most recently, performed at the John Lennon Tribute Concerts that took place in Bermuda and will be making her debut theatre appearance as Bloody Mary in the upcoming Gilbert & Sullivan production of South Pacific. An articulate poet and classically trained vocalist, Joy was encouraged to transform her poetry into song by music producer and musical collaborator, Thaao Dill, and hasn’t looked back since.

The pinnacle of her singing career came in 2010 when she was asked to open for mentor and world-renowned Bermudian singer-songwriter, Heather Nova, on her European acoustic tour. Joy opened to thousands of music lovers across 13 European cities in sold out venues, receiving regular standing ovations. This experience led her to set her sights on spearheading her own tour in the near future.

She currently teaches vocals at The Bermuda School of Music and holds a degree in Vocal Performance/Pedagogy from Oakwood University. Joy has recorded four studio albums and one live album. 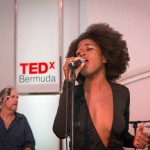 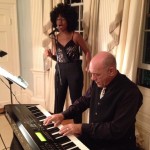