Funny, irreverent and spontaneous, Bermudian ukulele artist Mike Hind, also known by his stage moniker, Uncle Elvis, performs weekly throughout the summer all over the island – Red Steakhouse, Bermuda Bistro at the Beach and, predominantly, The Dock at Waterlot Inn, entertaining crowds with an eclectic range of songs from classic romance tunes to the catchiest pop numbers. He’s been known to burst into song at a moment’s notice… sometimes in the middle of another song.

With years of experience in comedy, theatre and performing with local bands, Kennel Boys & Duty Free most famously, Mike decided to pick up a ukulele at age 41. His show is equal parts joyful and melodious comedy, with audience members often dragged in by playful heckling. In 2013, he released “This Is Why We Can’t Have Nice Things” an EP funded solely through donations by friends and fans through crowd-funding website IndieGoGo. And is working on both a live album, recorded at The Dock – with tree frogs in the background as accompaniment – and an album of classic 70s folk-pop covers… and possibly another with disco covers!

In 2012, he because a sponsored artist with Mim’s Ukes, a premier online ukulele dealer and in 2014, he became an endorsed artist with Moku Ukuleles and played and demoed the new Mike Hind Model at the Moku Booth # 1205 at NAMM in January, 2015.

In the winter of 2013 and 2014, he toured throughout the midwest and south with The Flea Bitten Dawgs, the latter year, heading south to Florida in an attempt to stay warm!

After playing and MCing for Craig Chee, Sarah Maisel and Julia Nunes in 2013, in November 2014, he was a headliner at the Tampa Bay Ukulele Getaway alongside the likes of Seeso, Marc “Li’l Rev” Revenson and Victoria Vox and played at the Milwaukee Ukulele Festival. In September 2015, he will be traveling to Greece with Narciso “Seeso” Lobo and a few dozen ukulele enthusiasts where he will perform and hold workshops at “My Big, Fat Greek Ukulele Adventure”.

Throughout the year, he will also be playing in Mim’s Ukes’ Travelling Ukulele Sideshow, with dates all over the United States.

In February and March he toured in the United Kingdom, playing 14 shows over 17 nights, all over the country, playing with notables such as Phil Doleman, Dead Man’s Uke, Feckless and Fuddle, Ben Rouse, The Mersey Belles, Zoe Bestel, Michael Adcock, Tricity Vogue and a whole bunch more! This led to him playing at the Grand Northern Ukulele Festival in Huddersfield, Yorkshire in May. He will be touring the UK again and headlining the Grand Southern Ukulele Festival in October alongside Aldrine Guerrero and Victoria Vox.

Mike regularly appears at The Fairmont Southampton in Bermuda and thinks he might have finally figured out what he’d like to do when he grows up. 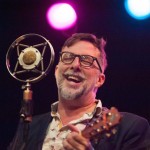 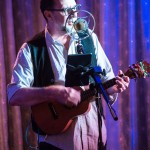 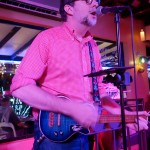 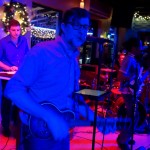 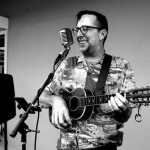 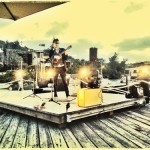