Jason R. Sukdeo (D’General) developed a love for music at a very young age. It started with piano lessons and then trombone. In 1998 at Acadia University, he was introduced to the craft of DJing by Emelike, Vince and Big Jay. As these gents are older than he, there was a need for someone in the small community at Acadia to carry on vibe as they graduated. At Acadia, Jason gained experience by playing for Caricom events and for house parties.

As time went on, music began to collect as did equipment. A reputation started to build, and he was hired by the Acadia Students’ Union to be a resident DJ of the Axe. Jason held the position for 2 years until he left Acadia U.

In Summer of 2002, he moved to Scarborough, Ontario, Canada. There he collaborated with a few promotion companies, playing at various events and night clubs. In Toronto he was known as Dj Phantom. After about 2 and a half years of living in Toronto, Jason returned to Bermuda. He didn’t really focus on playing music on his return, but rather stayed quite to give it a break for awhile.

After about 1 year of being back in Bermuda, Jason met Lynwood Richardson a.k.a. Brother Richie. Brother Richie along, with Black Caesar, Juwan-some, D-Nice & Shock-N-Lust were known as Goodtyme Entertainment. There, an alliance was formed and D’General’s DJ career in Bermuda was off to a start. Concurrently, Jason had put on a “spur-of-the-moment” performance at small pool party. He happened to have his CDs in his car, and thought he would help out the otherwise struggling selectors (Daniel Reece & Paul Jenkins). The crowd thoroughly enjoyed the tune selection that night. This became a regular occurrence and BARMUVINJAM was formed.

As time went on, Barmuvinjam became bigger and Goodtyme started to phase out. D’General is now part owner and resident DJ for Barmuvinjam. He has also had the privilege of being a resident DJ of the Splash Nightclub & Cafe Cairo for short periods. Currently, he plays for parties and events as requested. These include weddings, corporate functions, Christenings, bar mitzvahs or anything where you think you need music! His djing experience overseas has afforded him the opportunity to be well diverse and appreciative of ALL music has to offer.

D’General has become known on the island as one of the top Soca DJs. This is one of his specialties. He also enjoys playing Reggae, Hip Hop and R&B. D’General enjoys listening to artists such as John Legend and Musiq Souldchild when he isn’t djing. 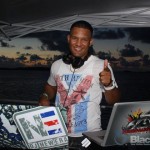 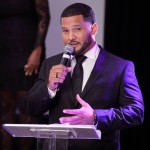 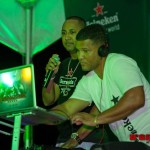 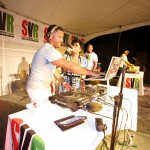