Chris Crumpler was born and raised in Florida. Chris was adopted at the age of 3 months and thanks God for his incredible parents Clarence and Earlene Crumpler. As a child Chris started from humble beginnings and was raised in a small country town called Ocklawaha. The family tradition being share cropping, Chris grew up picking peas, peanuts, raspberries, oranges and even watermelons! Sports were always apart of Chris’ life; football, baseball, track, and especially basketball! Chris has been playing basketball since the tender age of six. After leading his High School to the state playoffs, Chris was awarded a basketball scholarship to play at Flagler College where he became Conference Champion, Conference tournament MVP, Team Captain, and 1st Team All-Conference. After college, Chris played with the USA select team on a European Tour in 2005 and won the Kontex Cup in Czech Republic. Upon his return to Bermuda he played for the Men’s National Team for 8 years and during this time he has lead the team in points, steals, and 3 pointers. In 2009, Chris became a Pro street ball player for S.K.Y. street ball syndicate and Chris was known as the “Rainman”. Chris has played all over the world in countries such as Japan, Korea, Russia, Guam, England, Greece, and Finland to name a few. Education is a major part of his life. Chris has earned his Bachelor’s degree in Business Administration and a minor in Economics. Chris is a TCI trainer (Therapeutic Crisis Intervention) and a FIBA Level 2 International basketball Coach.

Chris worked in education for 8 years as an Educational Therapist, and learning support. Chris also ran an alternative program at Cedarbridge Academy in 2009-2010. Chris was also a Head Coach for Varsity Boys basketball for 4 years (2007-2011) where he was undefeated for 3 years. Chris has also earned numerous awards that include the leadership pin from the Mayor of St. Augustine Florida, Most Influential staff member 2 years in a row at Cedarbridge Academy. Small Island Games MVP in 2009 in Finland and 3 Gold Medals for the Country of Bermuda in Basketball! Chris is also the youth director of the Bermuda National youth basketball program and help created and build infrastructure and curriculum for the entire program. Chris is also the founder of ChrisCrumpler.com – an organization that helps to motivate, inspire and change lives. Chris is married to his lovely college sweetheart Nicole Crumpler and they have been together for 13 years and have 2 beautiful children, Jada and Chris Jr. Chris knows that with God all things are possible, and the best way to communicate with people is to lead by example. 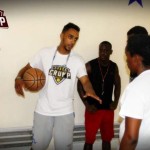 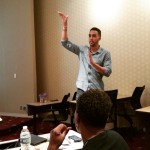 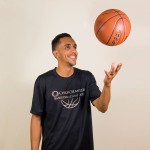 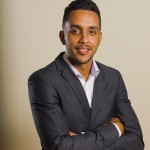