Steve Easton is a successful music producer at the popular Just Platinum Recording Studio. When The Bermudian magazine asked Mr. Easton to share what drives his success, he replied, “I get my drive from wanting to do something right, not only for myself but for my client as well and to see a satisfied look on their face. That’s what gives me the drive to do it again!” And, what does Steve believe are the characteristics of a good leader? That’s easy! Honesty and diligence in work ethic are top on the list. “That ‘stick to the wicket’ mentality always pays off and trumps in the long run,” he shared. He went on to state that it takes 10,000 hours to master something, so perseverance is key.

If Steve Easton could start his career over, he admits that he would have taken more music classes and studied a few instruments. He shares that he would be further ahead today if he had done so. “There’s so much music locked in my head and I can get it out through other musicians but it takes time and, hey, we’re all busy,” explained Steve. He has always dreamed of playing a piano or guitar and singing but despite what he wishes he accomplished, he has proven to find success through numerous projects with top entertainers, including Bermuda’s favourite movie stars, Michael Douglas and Catherine Zeta-Jones. Steve advises aspiring music producers to be sure to love the job and learn an instrument, sing in a band, study music theory and understand the internet and various pieces of computer software.

So, if Steve Easton could trade places with someone, who would it be? Steve said that he would love to trade places with someone who has a little place on the beach and a small boat for fishing. He would also like a garden around the side, full of fruits and vegetables. Despite the fast life of meeting celebrities and working with aspiring talents, Steve is a pretty laid back guy who prefers to unwind by spending time with family. We asked for specifics on how such a progressive person chooses to relax. Steve replied, “Chill out at home with the family, go out to dinner or for a nice drive…just relax.”  His closest friends are “like-minded individuals who seek excellence in what they do and who are always looking for ways to improve themselves and others around them.” Steve Easton’s fondest childhood memories are playing in his Khyber Pass, Warwick neighbourhood with friends and hanging out on the beach.  Finding time to spend with family and friends is a great way to escape from the microwave society which has a ‘give it to me now and I’ll take care of you later’ mentality, according to Steve and he would know this because his career is fast-paced and balance is important. 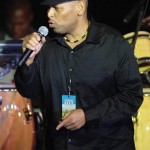 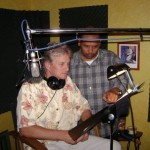 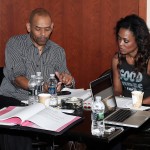 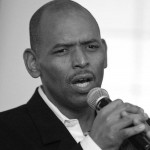